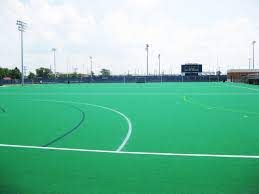 *** Disclaimer sometimes I just write my thoughts that don’t really need to be shared, but I like to share them to to give my readers a more a better idea of who I am and what I am passionate about, please don’t take this too seriously

Recently I saw Dalhousie (my alma mater) created a new scholarship specifically for African American identifying athletes, and I was so happy to see this. I love the idea of more athletes being given more opportunity to compete. However, after looking closer, one word in the sentence describing the scholarship bothered me; that word was varsity.

I now want to acknowledge what I have done and something I am actively trying to be aware of and change. I read something that doesn’t really have anything to do with me and immediately thought about myself and tried to make it somehow about me. And I want to make it clear the rest of this rant has absolutely no tie to this scholarship being for African American athletes specifically or really the scholarship in general. It just happened; this made me think about the broader culture of university athletics in Canada and how I, as a former club athlete, was not able to profit from it.

To me, it is incredibly performative to make another scholarship for varsity athletes. Yes, I am so happy that any athlete is getting an opportunity for a scholarship. Still, it frustrates me that many club athletes are practicing at the same level of intensity, competing in the same level of leagues, also running our clubs, and we get no recognition. Almost every year, close to half the team when I played at Dal was getting high enough marks to be recognized as Academic all Canadians, but we don’t get this recognition because we are not varsity. We are working as hard as many varsity athletes, but they get so much more than we do. Sometimes I think all I want is Dalhousie to have simple club sports banquet at the end of years and I would feel appreciated.

I played on the club field hockey team for 4 years at Dalhousie; in that time, we won 3 Aus championships. We were a good team, but we never had the opportunity to prove ourselves at a higher level, and I would argue this stems directly from not receiving funding from the school.We can’t recruit top athletes because we have no scholarship money, and we do not have paid coaches. So we are stuck in a cycle that feels so hard to get out of it. Other than basically trying to raise thousands of dollars and fund ourselves, we can’t really do anything to break the cycle.

CIS, or now called U sports for field hockey were disbanded the year before I started playing. Before they were disbanded, the top 2 teams from the Ontario League and top 2 teams from the Western conference played in the finals. For a team in the Atlantic conference to qualify, they had to go to Toronto, compete and win there and then take a second trip to a national championship, all self-funded.

How was the Aus field hockey league ever expected to overcome such a roadblock? It’s simple we pretty much weren’t, and universities didn’t care if/ when our sport just fizzled out. And there is a part of me that feels some of this not caring is because we are a women’s sport, and yeah, we don’t make them any money.
Now the Atlantic league is bigger than the western conference and close in size to the Ontario conference, and discussion before the disbanding of the CIS league included a proposal with championships rotating where they were hosted. This was shut down because there is not one proper turf in Nova Scotia to play field hockey on. And the argument to not have one is just that it’s not a big sport.
And this argument erks me because it’s not big because there aren’t the facilities there. You see how it’s all a cycle?

I was made more upset when I brought this up to my boyfriend, and he reminded me that it is about so much more than one university, not funding a team. It’s about schools not wanting to fund sports that don’t make them any money, and further, down this path, it is about women’s sports not making enough money as mens from lack of spectators.

And this is when I realized I am a dreamer, I see the best in the world and think maybe there is hope we can get universities to not think like businesses about their students. And one reason I want to post this is to bring this up before it gets worse. Swimming, as an example, is a varsity sport at most schools in Canada, and they aren’t getting that many fans out; who is to say they wouldn’t be the next cut. Also, the current situation could mean the end of varsity athletics; for all we know(because no fans= no funding), do we want to sit back and let that happen?

I guess my point is competing at a high level should not be about who is watching; it should be about achieving excellence, and when excellence is achieved by a man or woman in any sport, it should be celebrated regardless of the size of the sport. So yeah, I know lots of others will think I’m dreaming too big and that this is something that will never happen.

We are people and deserve to be treated as more than numbers by the institutions we go to for higher educations. I could easily go on a further rant now about how universities just see everyone as numbers.

To conclude, I’d like to just thank anyone who read this whole thing because it definitely became a bit of a rant. I am frustrated, but there is a part of me that is hopeful that smaller sports can grow, and in the case of Field Hockey, I want to do my part to help it. I want to see less focus on how sports and athletes can be capitalized on to make a profit and more on getting people active in the form of all different sports and from there creating more opportunities for people to play at all levels. So to connect this back a little to the introduction of more scholarship money for varsity athletes, I think instead the money should be going into making more sports varsity to further the reach of athletes helped by financial aid. Or there is a lot of other ways money can be going back into communities to help athletes at all levels. As well, athletes should be respected for more than how much money they can make you!

0 comments on “Reflection from a Canadian Club athlete”

This site uses Akismet to reduce spam. Learn how your comment data is processed.